I had a client the other night ask me when I thought home prices would recover. I follow a lot of indices so I thought I’d share some of those with you. 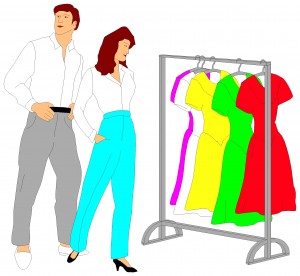 The Hemline Index suggests that as hemlines go up, the stock market goes up. The idea being that rising hemlines suggest a certain euphoric atmosphere exists that is caused by a better economy. Fashionrising.com seems to indicate up and down hemlines with both a 60’s and 20’s revival. It would appear to me that the market is confused.
The Matchmaker Index says the opposite. As the old adage goes, misery loves company. Match.com says that business is up as individuals seek soul mates to commiserate with as the economy goes down. Maybe our market is worse than we think.

The MUI, oh you didn’t recognize the acronym, it’s the Men’s Underwear Index. Sales of men’s underwear typically are stable because they rank as a necessity. But during times of severe financial strain, men will try to stretch the time between buying new pairs, causing underwear sales to dip (and I suppose to sag). Sales starting dipping this year. Want to know how you’re doing economically? Check your drawers.